Francis Landers, as fine a friend and as dedicated a co-worker as can be found, passed away on February 27, 2019 at the age of 85. Fran started his tenure with Electralloy as one of the companies orginal 15 employees. In his 35+ years 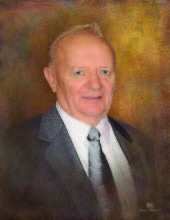 with Electralloy he was a furnace operator, shift foreman, melt superintendent VP of Operations and Melting Superintendent until his retirement in 1998.

“When Electralloy was in the process of becoming the first commercial licensee of the Argon Oxygen Decarburization process, Fran was instrumental in creating melt/refining practices and was the pioneer in developing AOD technology,” said Tracy Rudolph, President. “Fran’s contributions to Electralloy and to the industry were immense. He was also a great friend and co-worker and he will be missed and remembered.”

A resident of the Oil City area for most of his life, Fran was born May 6, 1933, in Lucinda, to the late Maurice and Margaret Wolbert Lander.

Fran was a member of St. Stephens Church and he proudly served in the US Army 82nd Airborne for two years.

He loved traveling with his wife and family, was passionate about woodworking, helping his kids with projects, and spending time walking his two dogs, Brandy and Nana.

On September 24, 1955, he married the former JoAnn E. Baker, who survives, and they just celebrated their 63rd wedding anniversary this past September.

In addition to his parents, Francis was preceded in death by two brothers, William Lander and Eugene Lander, and two sisters, Norma Niederriter and Martyna Baumcratz.

We are honored and blessed to have known Fran.