In 1968 the Beatles Hey Jude was the number one song in the world, Apollo 8 made the first manned orbit of the moon and Electralloy was taking the first step in becoming a market leader with the start-up of an Electric Arc Furnace to reclaim stainless steel grindings into 200 pound pigs.

Two years later in 1970 Electralloy would introduce AOD master alloy to the casting industry and go on to be a pioneer in AOD technology. Today Electralloy is the longest continuous operating AOD refining operation in the world and remains an innovator and leader in the production of custom and proprietary alloys for the most demanding applications. 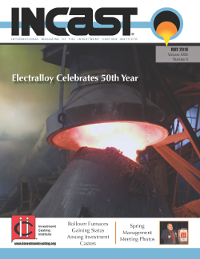